There is something very special about this small school. It has graduated four governors, corporate presidents across the nation, and professionals in every walk of life. Among its alumni are doctors, lawyers, and entrepreneurs who first chose this small school to start their education. 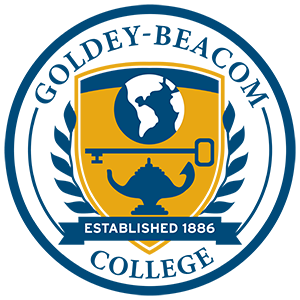 The College traces its origins to September 1, 1886, when business educator H.S. Goldey opened the Wilmington Commercial College with only five students.

In 1900, one of Goldey's best instructors, W.H. Beacom parted ways, opening his own school only blocks away.

By 1929, the renamed Beacom College had an enrollment over 1000, and for four decades the two engaged in fierce competition.

In 1974, the College relocated from its landlocked downtown Wilmington location to the present suburban Pike Creek campus.

The College was first accredited by the Middle States Association in 1976, and has offered baccalaureate degrees since 1978.

In 1992, Goldey-Beacom established its first MBA program, which today thrives with nearly 1,000 students.

In 1997-98, the College completed the rigorous self-study process for the Accreditation Council for Business Schools and Programs (ACBSP).

In 2009 the College announced the introduction of baccalaureate programs in economics and psychology, expanding on their long history of excellence in business education.

In 2015, the College’s endowment surpassed $100,000,000, ensuring a stable future for the College and dependable financial scholarship for students.

The Doctor of Business Administration degree launched its inaugural class, the first terminal degree in the College’s history.

What has never changed at Goldey-Beacom College since 1886 is a commitment to quality - in its faculty, in its programs, and in its students.

Come see what GBC has to offer with guided tours, open houses, and info sessions.

Get started on your journey to GBC.